Maurizio Mastrini is one of the best pianist and uncontaminated composer of the international musical and instrumental panorama.
He came to the fore these last two years because he plays famous classical masterpieces starting from the last note backward to the first.
The musical result is astonishing and the audience can listen to a new piece having the same notes of the original one, but played backwards.
His musical creativity has his roots in the retreat in Umbria where he lives, far away from the frantic rhythms of daily life routine.
This is exactly what makes him uncontaminated in his compositions and full of emotions that he transmits through his works.
He has been defined a “wild heart” for his way of living and being a little bit solitary but with a heart that, when he plays, expresses  a world of emotions.
His compositions are the link between the traditional standards of music and the new Contemporary Classical Music, thanks to a cultured and emotional research, that fuses itself, in some parts to dodecaphony, leaving aside the harmonic hardness of this latter.
Many of his works are minimalist compositions, others show a mathematical conception, other are constituted by very few notes “… even just few notes may move a person to tears” says the maestro, other compositions have instead such abundance of sounds that they sound like an orchestra”. The most recent comments about him:
“Maurizio is extraordinary” Steve Orchard, sound engineer of the Air Studios in London,winner of a Grammy Award (for a Béla Fleck album) 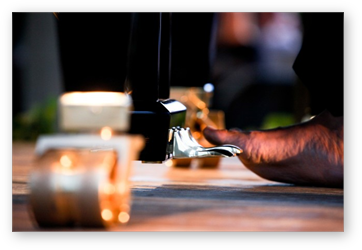